←Back to the Fine Print*

We are pleased to announce that Simpatico Studios has been recognized as a winner in the 2019 Telly Awards. We won for our work on the “Vampire Facial Social Spot” created for Dermatology and Mohs Surgery Center in Doylestown, PA.

The winning video, highlighting the Platelet-Rich Plasma (PRP) facial treatment made popular by Kim Kardashian West, was created for social media and released on October 31, 2018. Instrumental in the planning, production and distribution of the video were Senior Account Planner / Producer Braxton Kocher and Account Manager Megan Gryziec. The award marks the second win for CEO and Co-Founder, Jill Whiskeyman, who assisted with 2016 Telly Award Winner, Pharm-Olam International, on their Allergy Studies campaign. The video brought home bronze in the Commercial – Pharmaceuticals category.

The Telly Awards, established in 1979 to recognize the best in television advertising, has evolved to “honor excellence in video and television across all screens.” The awards are presented annually to film and video publishers around the world. For its 40th anniversary, social media and other digital video forms took the spotlight.

“We are thrilled to be recognized in the 40th Annual Telly Awards,” said Jill Whiskeyman, CEO and Co-Founder of Simpatico Studios. “Our job is to bring brands to life in all forms, and social media video presents exciting opportunities to tell our clients’ stories. We look forward to continuing to leverage new digital forms as they unfold.”

“With a record-shattering number of entries, this year’s Telly Award entrants truly represented the most innovative video and television work being made for all screens,” said Sabrina Dridje, Managing Director, The Telly Awards. “As a Telly Award winner, [Simpatico is] the standard bearer of excellence in our industry!”

Interested in putting our social media and audio/video production skills to work for your own business? Click below to schedule a free 30 minute consult via Calendly.
Book a Consult

Simpatico Studios began in 2011 as a freelance web design and digital marketing consultancy, with founding partners Jill and Steve Whiskeyman at the helm. Our partners parlayed their years of work in consumer packaged goods, publishing, journalism, broadcast and telecommunications into big results for a modest client roster. A few bite-size small business marketing projects became enterprise-level, B2B marketing engagements. Soon, the work was enough to demand full-time attention, and in the little town of Bethlehem, Pennsylvania, Simpatico Studios was born.

In the years since, Simpatico Studios has scaled to a steady dozen roles—plus a formidable and skilled subcontractor network—and evolved from a digital agency into a full-service Integrated Marketing Communications (IMC) agency. Today, we proudly serve B2B clients of all sizes, and at virtually all stages, around the corner from our central Bucks County, Pennsylvania headquarters and around the world, as far as Eastern Europe and Singapore. Our founding partners remain at Mission Control, and have steered the studio to consecutive record-setting years.

About The Telly Awards

Steve is a co-founder and managing partner at Simpatico Studios. He holds a Master of Fine Arts from Chatham University in Pittsburgh and a BA in English and Digital Communications from Lebanon Valley College. He is a Certified Marketing Consultant through the eMarketing Association.

We promise we won’t spam you…

Subscribe to The Fine Print* to stay connected with the SimpatiCrew and read what’s on our minds!

Producing multimedia content is key to staying relevant in the digital age, and it happens to be one of our specialties. Whether you want to draw attention with snappy social media videos, or impress your audience with gorgeous custom animations, our team boasts the creativity and technical skill to deliver professional, attention-grabbing content. 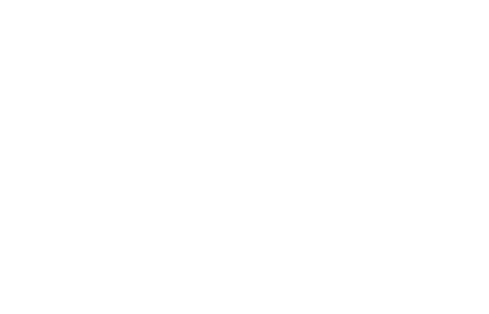 Use the calendar shown to book your free 30-minute initial consult. After booking, you will receive an email confirming the details.

The consult will happen via conference call:

We're delighted you're visiting us!

Our studio is located in the Town Center Office Suites of beautiful New Britain Borough in Central Bucks County, Pennsylvania. Because GPS hasn’t historically given the most complete directions, we’ve provided guidance below.
Please don’t hesitate to call our office at 1-844-STAR-411 to request clarification. If arriving via Philadelphia International Airport, complimentary ride services may also be available from Simpatico; talk to your Account Manager prior to the date of your arrival to make arrangements.

Please note: This route has tolls.
From here, follow the From PA-309/Montgomery Mall directions.

From here, follow the From Doylestown & New Britain directions.

Simpatico Studios is suite 956, on the North side of the complex.

The best marketing plans are all-encompassing. No matter the industry, we profess the importance of consistent and thoughtful strategy. We’ll make sure all the moving parts are in place and working seamlessly.

The digital world can be daunting, but our technological savvy gets you up to speed. When it comes to technology, we aptly execute in the now while thinking ahead to what’s on the horizon. We create user-friendly, skillfully designed websites and applications with the modern user in mind, and use all the available tools to strategize for the future. Our expertise offers a clear path to higher engagement and growth in your business.

The SimpatiCrew is quick on its feet and eager to brainstorm. When you come to us with a challenge, we’ll step up to the plate… our decades of experience have prepared us well. Whether you have a skeletal plan in place or need to start from scratch, we’re ready to step in and offer our expertise.

Putting your brand’s best foot forward is essential. With the internet’s dramatic growth and ever-changing algorithms, staying relevant on and offline is a challenge—and we’re more than up to the task. We help your business take control of its narrative through strategic use of social media, events, and press releases so your company continually stays in front of its audience, online and in person.

These days, word of mouth and positive customer reviews are key to building a successful business. Creating a favorable impression in the minds of your audience, and remaining relevant over time, are priorities that we don’t gloss over. We facilitate and manage customer feedback in real time, creating active and engaged relationships that lead to business growth and longevity.

A strong brand identity takes the essence of a company—its people, values and mission—and translates it into an appealing external presence. Over the years of working with an array of industries, we’ve developed a proprietary technique that breathes life into brands of all kinds. We learn everything there is to know about you and your business, then put pen to paper on your story. We go far beyond the logo (though we hit those out of the park!). From the visual to the verbal, we develop a voice that’s consistently, uniquely you.

Use this form for general inquiries or questions. Or just to say hi. We appreciate that, too.